The Oktay Ensemble - That We Shoulild Build - Spiritual Poems (SKMR​-​082)

by The Oktay Ensemble 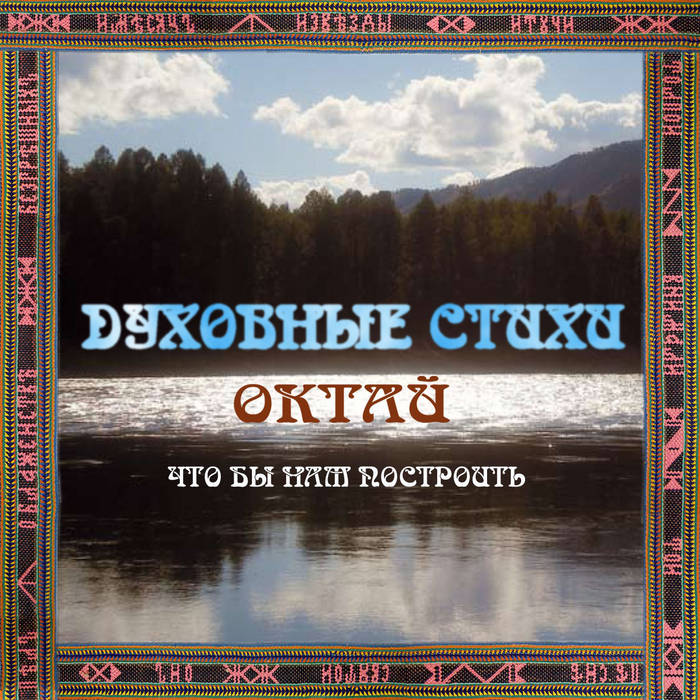 Founded in 1990, the name of the children`s folklore-ethnographic ensemble "Oktay" comes from the Greek word “Octoechos”, meaning “Eight Voices” – just like the liturgical book of the Orthodox Church which comprises texts and musical notation in the “Kriuki” format.

From the very beginning the ensemble has conducted ethnographic work on the musical culture of the “Staro Vera” (Old Believers) living in remote areas high up in the mountain headwaters of the great Siberian Yenisei river – in the Maly (small) valley which is to be found in the republic of Tyva, part of the Russian Federation. Driven there many years ago by the authorities, these people kept their faith, their way of life and independence from the various officials, mainstream customs and culture – being, in fact, the only carriers of these living ancient traditions.

The Old Believers of Tuva are custodians of some unique illuminated manuscripts dating back to the eighteenth century, as well as verbal and musical culture, music traditions and a way of life that should be considered as the heritage of both Russian and Tuvan culture. These involve not least the “Stikhi” – in Russian meaning “The Verses” – spiritual poems.

What is a “Stikh”? This is a product of oral folk traditions of a non-canonical genre, spiritual verses sung by the Old Believers or, as we would understand it in our own world, simple songs. “Stikhi” present many Biblical stories and legends as well as spiritual poems about the human soul. Among the religious Verses of the Old Believers of the upper Yenisei are examples without any counterpart in other regions of the country.

For the last 20 years, I have often been asked the question "Can children sing spiritual poetry?". Time has shown not only that they can, but they should! A spiritual verse can teach us not just to listen and hear, but also to think and empathize with children who might not actually know something, but who can feel much better and in more subtle ways than adults. Practice shows that religious poems are very near, understandable and accessible in performance, even for very young children. This is thanks both to their simple melodies, similar to lullabies, and their texts which are very simple, understandable and have been honed through time by many generations. From the texts of the “Stikhi” religious poems, children learn about the birth and resurrection of Jesus Christ, Prince Vladimir, the Great Flood, Sodom and Gomorrah and also about the great preachers of Russian Christianity.

If you like The Oktay Ensemble - That We Shoulild Build - Spiritual Poems (SKMR-082), you may also like: